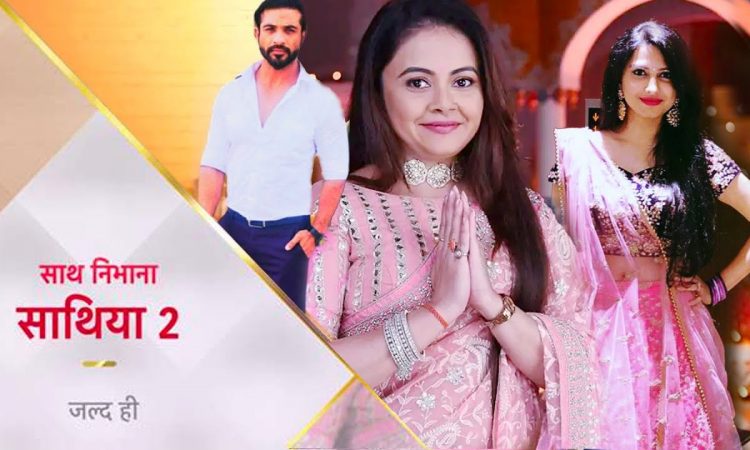 For over a decade, the cast of Saath Nibhaana Saathiya has been entertaining audiences in India and around the world. From their first appearance to their last, the characters have evolved over time – and so have the actors who portray them! Join us as we take a look back at the cast of Saath Nibhaana Saathiya and how they’ve changed over the years.

Saath Nibhaana Saathiya is a popular Indian television soap opera that aired on Star Plus from 2010 to 2017. The show was produced by Rashmi Sharma Telefilms and starred Giaa Manek, Rucha Hasabnis, Mohammad Nazim, and Devoleena Bhattacharjee in the lead roles. The show was set in Rajkot, Gujarat and revolved around the lives of two families; the Modi family and the Desai family.

The show became hugely popular among viewers for its strong female characters, interesting plotlines, and memorable performances by the cast. Over the years, the cast of Saath Nibhaana Saathiya has undergone several changes, with some original members leaving the show and new actors being brought in to replace them. Let’s take a look at the cast of Saath Nibhaana Saathiya over the years:

Giaa Manek played the role of Gopi Modi from 2010 to 2014. She was replaced by Devoleena Bhattacharjee in 2014.

Devoleena Bhattacharjee has played the role of Gopi Modi since 2014

Overview of the Show’s Cast Members

Giaa Manek played the lead character, Gopi Modi. She was a simple girl who was married off to a rich business tycoon, Ahem Modi. Gopi was an innocent girl who knew nothing about the world. She was naïve and gullible. Her innocence and childlike nature won over the hearts of the audience.

Mohammad Nazim played the role of Ahem Modi, Gopi’s husband. He was a strict and disciplined man. He believed that his wife should be submissive to him and obey his every command. He was not very expressive of his emotions and preferred to keep them bottled up inside. However, he slowly started to open up to Gopi and let her into his life.

Rucha Hasabnis played the role of Rashi Ben Bhanushali, Ahem’s sister-in-law. She was a scheming woman who was always plotting against Gopi. She was jealous of Gopi and wanted her out of the house so that she could have Ahem all to herself. Rashi was a negative character but she managed to win over the audience with her comic timing and acting chops.

How the Characters Have Evolved Over Time

The characters of Saath Nibhaana Saathiya have undergone quite a lot of changes over the years. The most notable change has been in the lead character, Gopi. When the show first started, Gopi was a simple, naïve girl who was new to the world of mod cons. Over the years, she has evolved into a strong and independent woman. Other characters have also changed significantly over time.

The characters of Saath Nibhaana Saathiya have definitely come a long way over the years!

The Impact of Saath Nibhaana Saathiya on Indian Television

Saath Nibhaana Saathiya was one of the most popular Indian television shows of all time. It aired on Star Plus from 2010 to 2017 and was a huge success, attracting millions of viewers every week. The show followed the lives of two sisters, Gopi (played by Devoleena Bhattacharjee) and Rashi (played by Rucha Hasabnis), who were always at loggerheads with each other.

The show was immensely popular with audiences and became one of the highest-rated Indian television shows ever. It also had a huge impact on the Indian television industry, paving the way for more soap operas that focused on family dynamics and relationships.

Reflection on the Show’s Legacy

Reflection on the Show’s Legacy

Saath Nibhaana Saathiya was one of the most popular television shows in India. The show first aired in 2010 and ran for seven seasons. The show was set in the city of Rajkot and followed the lives of two families, the Modi family and the Desai family.

The show was known for its strong female characters, and it was these characters that helped the show become so popular. The show dealt with many social issues, such as arranged marriages, dowry, and female empowerment. The show was groundbreaking in its portrayal of women, and it is this legacy that the cast reflects on today.

Giaa Manek, who played Gopi Modi, said that she is proud to have been a part of a show that empowered women. She said that the show showed women that they could be strong and independent, even if they were married. Manek also said that she loved the fact that the show had such a diverse cast, which represented different cultures from all over India.

Devoleena Bhattacharjee, who played Gopi’s sister-in-law Rashi Bengani, said that she enjoyed playing a character who was not afraid to speak her mind. She said that Rashi was a strong woman who fought for what she believed in, even if it meant going against her family. Bhattacharjee also said that she loved

Saath Nibhaana Saathiya is one of the most popular Indian television shows and has had viewers hooked since its launch. The cast of the show have grown with their characters over the years, providing us with an entertaining viewing experience every week. We can’t wait to see what these amazing actors will bring us in the coming weeks and months, as they continue to develop their chemistry onscreen. It’s safe to say that Saath Nibhaana Saathiya will remain a beloved part of Indian television for many years to come!