Everything You Need to Know About Bryce Laspisa? 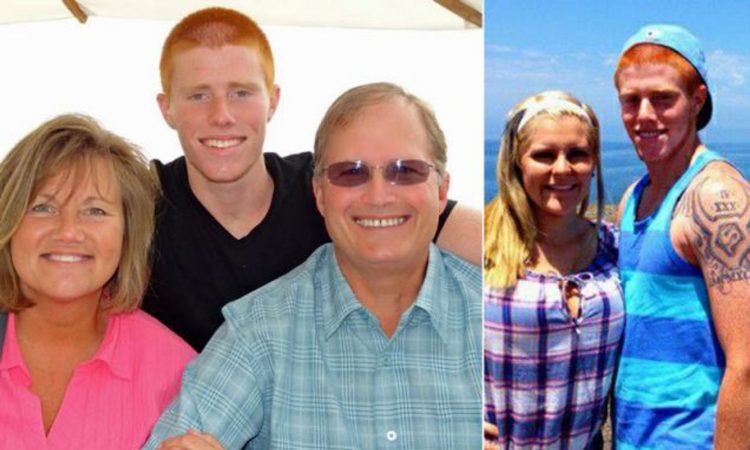 Bryce Laspisa was Michael and Karen Laspisa’s only child, and he was born and raised in Illinois. The family moved across the country to California not long after he graduated from high school in 2012.
Bryce appeared to have no trouble settling into life in California. He was a gifted artist specializing in graphic and industrial design at Sierra College in Rocklin, where he excelled academically.
Despite his inexperience, he had built a remarkable body of work. With his upbeat and amiable demeanor, Bryce was incredibly endearing and made people feel at ease.
While a first-year student at Sierra College, he met a lot of friends and also began dating Kim Sly.

He returned to his parents’ house in Laguna Niguel, which was about 465 miles south of his college, at the end of the academic year.

He was close to his parents and was happy to be with them. He spent a portion of the summer enrolling in an English class at a nearby college, which helped him get a head start on accumulating the credits he would need to get his degree.
August 26 marked the start of the fall semester in 2013. That day, Bryce went to speech and web design classes, and that evening, he called his mother to express his love for them.

As far as Karen was concerned, the talk had been perfectly natural. Bryce was active and delighted about the new semester, and it didn’t show like there was anything she required to be worried about.
Those who saw Bryce on an everyday basis, however, were worried about him. He hadn’t been behaving like himself since he came back to Rocklin two weeks before, and his attitude was developing increasingly unstable.

It was scheduled to take Bryce three hours to get to his parents’ place, so he hopped in his car very early on the morning of August 29, 2013. At two in the morning on August 30, he called his mother to let her know that he had to pull over in the Sierra Pelona Mountains next to Interstate 5. That was the last time she had heard from him. Police knocked on Michael and Karen’s doors later that day to inform them that Bryce’s automobile had been found damaged nearby Castaic Lake. The youngster vanished without a trace, and his whereabouts are still a mystery.

The Search for Bryce

Officers searched extensively in Castaic Lake State Recreation Area’s wide and undeveloped area using ground, water, and airborne troops. Bryce’s scent was tracked by dogs to a place called Government Cove, but professional divers were unable to locate any trace of him there. Despite all the obstacles, Bryce seemed to have vanished. Investigators rapidly began to believe that Bryce had been suicidal despite the absence of any signs of wrongdoing. A friend named Shawn reported to the police that Bryce had given him his XBOX and a pair of diamond earrings that belonged to his mother. Some indications suggested Bryce’s mental health may have been in jeopardy when coupled with his peculiar behavior prior to the tragedy.

What Happened To Bryce Laspisa?

Charred remains discovered close to Castaic Lake on September 4, 2013, were later determined not to belong to Bryce Laspisa. A skull discovered off the neighboring Templin Highway four years later was also ruled out. Over the years, similar reports have likewise left investigators in the dark. Detectives were unable to solve the case without a body. Many hypotheses were put forth to account for Laspisa’s disappearance. He may have intended to leave his old life behind and start a new one off the grid or under an assumed name if he had left his wallet and phone behind.

It’s possible that his drug and alcohol use provoked a psychotic break, or withdrawal from Viviane caused a sudden severe depression. It’s also possible that he did die on or around the night of August 30, and his remains have yet to be found. Whatever the truth, his disappearance was a tragedy for those close to him. “I’ll never give up hope, but it’s really difficult,” his mother told reporters. “It’s gut-wrenching, every day not knowing. It’s a living nightmare.” In the years since his disappearance, no further clues have emerged. His parents still issue missing persons posters, and remain hopeful that someday they’ll learn the truth.

The only woman Bryce ever dated that the general public is aware of was Kim Sly, whom he met when he enrolled at Sierra College. Only a few days after their common friend introduced them, Bryce and Kim began dating, and they were content. They frequently went out and studied together, and the majority of their friends thought they were a happy pair. Kim and Bryce occasionally played video games together, and they also had a lot of same hobbies, including art. Since nothing untoward had occurred between them to warrant their breakup, she first realized something was wrong when Bryce broke up with Kim.

Bryce had an Instagram account which is still open moment – the last picture was uploaded onto it only three days prior to his exposure, featuring Bryce showing off the videotape game “Madden 25” which he’d bought. He was a cat- nut, and had a pet cat which can still be seen featured in one of his Instagram filmland. Bryce was a addict of tattoos, and had a large bone
on his leftarm. He preferred summer over other seasons, as he enjoyed spending time at the sand and playing sandsports. Bryce enjoyed watching pictures in his spare time – his favorite actor and actress were Jim Carrey and Kate Winslet, while a couple of his favorite pictures were “The Eternal Sunshine of the pristine Mind”, “The Number 23 ”, and “ Bruce Almighty ”. Still, he’s nearly 28 times old, If Bryce is still alive moment. He has short gusto hair and brown eyes, his height is 6ft (1.85 m) and he weighs around 170 lbs. (80kgs). Bryce didn’t have his own independent net worth at the time of his exposure.