Everything You Need To Know About Bigg Boss Season 14 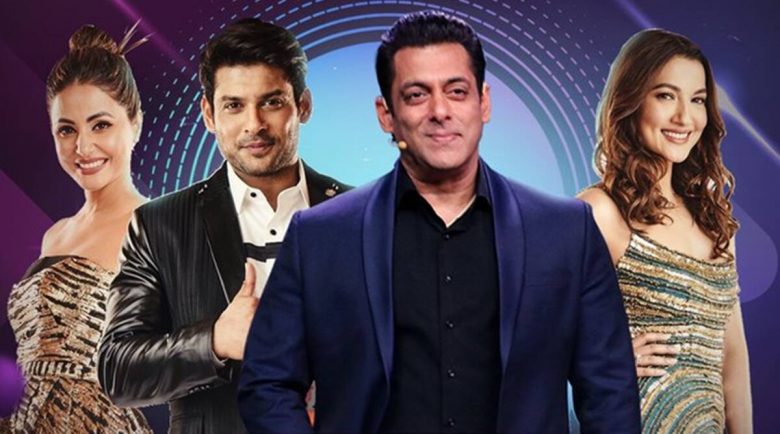 Bigg boss is the most popular reality show hosted by Famous Salman khan. Every year the new Bigg Boss Season has been launched, but unluckily BB14 was postponed due to the Coronavirus pandemic. Last year Bigg boss 13 gathered the highest TRP in the history of reality shows, and that’s why every Bigg boss fan is now waiting for BB14.

Finally, Bigg Boss 14 is ready to hit the screens, and Here are all the essential details related to Bigg Boss Season 14. Let’s have a look at them.

After a long wait, finally, the BB14 premiere is out. Every big boss fan is now curious to know about the season 14 participants. This season will be a massive entertainment as we are going to see some new and exciting faces. From Rahul Vaidya to actress Jasmin Bhasin, below is the confirmed list of its contestants. Let’s have a look.

Rubina and Abhinav are the most famous faces on the small screen. They are a real-life couple and are going to make their appearance in Big boss 14. We are quite excited to see them as a real couple on screen.

Eijaz khan has been a part of the industry for more than 20 years. He has been a very famous face of the small screen and has given many hit shows, including Kkavyanjali. Eijaz was so part of the film Tanu weds Manu, and now he will be a part of Bigg boss house. I can’t wait to see him along with other exciting contestants.

Pavitra is famous for recreating “GEET” from the jab we met. It was a TV-based entertainment show. Let’s see what Pavitra is going to do in Bigg boss house.

Nishant is famous for his role in “miley jab hum tum.” He got a lot of fame after his debut film “horror story.” Nishat Singh is also a confinement contestant of BB14.

A famous contestant of the reality show “Khatron ka khiladi 9” is now going to be a part of Bigg Boss Season 14.

Nikki is a south Indian star, and her pictures from Bigg boss house are already going viral. Nikki Tamboli is another confirmed contestant of Bigg boss 14.

Rahul is famous for winning hearts from his melodious voice. The top 3 finalists of Indian Idol are going to be BB14 members.

Jaan Kumar is the legendary singer Kuma Sanu. he released his first music Album when he was just 8. Jaan Kumar is a confirmed contestant of BB14.

Shehzad Deol was a runner up of Indian famous show “Top Model India.” Now he is going to be a part of Bigg boss 14.

Now it is happening, and the house members are provided with some extra luxuries Like In house Salon and spa, malls for shopping, and Movie theatre. The contestants are bound to avoid the general public and maintain social distancing due to covid 19 SOP’s. According to some reports, the members will avail of these luxuries only by winning some tasks.

In addition to that, the BB14 team is now extra cautious about the safety measure. The house and its surrounding will be sanitized daily. Also, the crew members and contestants will undergo periodic temperature checks.

You can watch the BB14 from Monday to Friday at 10:30 pm on Colors TV. There are special episodes on Saturday and Sunday at 9 pm. So stay tuned to the most significant TV reality show.

“Social Distancing is a new thing in Bigg Boss Season 14”. Contestants and crew members are taking special safety measures and following all the sops.

Bigg Boss Season 14 is going to be massive entertainment as the contestants are exciting. We can see some famous faces already. According to some reports, the heart of Bigg boss “salman Khan” is charging 16 crores per episode. The show is already on air, and it will get interesting every passing day. Catch Bigg Boss Season 14 every night at 10:30 on colors TV.

Do you want to add up something interesting related to BB14? Feel free to drop it down in the comment section below.