HomePoliticianEven if The Allies Leave, it is Impossible to Remove Shahbaz Sharif. How Did Imran Khan Fall Into His Own Trap?
Politician

After the no-confidence motion against Imran Khan, the ups and downs in Pakistan’s politics continue and after winning the Punjab front, PTI has expressed its intention to form the government again at the center and in this regard the government’s contacts with the allied parties are ongoing. – However, it is not easy for PTI to form the government by getting majority in the current assembly again.

In the recently held election of the Chief Minister of Punjab, the Supreme Court of Pakistan has declared the parliamentary leader in the House to be more empowered than the party leader, and currently there are 25 members of the Pakistan Tehreek-e-Insaaf in the National Assembly, whose parliamentary leader is Raja Riaz. And this group is present in the National Assembly due to their displeasure with the party leader while the rest of the PTI members have resigned.

After the change of government in Punjab, some leaders of PTI expressed their desire to remove Shehbaz Sharif from the post of Prime Minister and make Imran Khan the Prime Minister once again and for this, they expressed the desire of no confidence in the Assembly on the instructions of the President. Shahbaz Sharif may lose his prime ministership for failing to get votes.

A new twist in the story

There is another new twist in the story during the ever-changing situation in the country’s politics, that PTI resigned from the assembly at the time of no-confidence, which was accepted by the then Deputy Speaker Qasim Suri – but the new ones coming later. Speaker National Assembly Raja Pervez Ashraf had rejected it, but seeing the sensitivity of the situation, Speaker Raja Pervez Ashraf has accepted the resignations of 11 members of PTI.

Chance of success of Imran Khan

Looking at the party’s position in the current assembly, it seems difficult for Imran Khan to regain power. The government alliance has 177 seats while the opposition alliance had 165 seats, but after accepting 11 resignations, this number has increased to 154. And they will not support Imran Khan in any case because the Supreme Court recently empowered the parliamentary leader, so PTI can get about 130 seats in total and if the old allies are also combined, then PTI I can barely cross the 150 mark. Therefore, the possibility of Imran Khan’s success in the current assembly seems impossible due to the constitutional complexity in the election of the Chief Minister of Punjab. 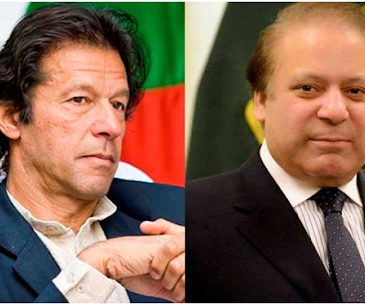 Sarfaraz Khan2 months agoAugust 10, 2022
7.09K
The leader of Pakistan Tehreek-e-Insaaf Usman Dar says that the verdict of the prohibited funding case has been announced, now...